The ears of the Nguni-type goat are medium to small and semi-pendulous, but not dwarf- and milk goat ears.
They are medium to small frame, well-proportioned goats.
Sexual dimorphism is a characteristic of the breed – small females with much larger males.
Contact Us 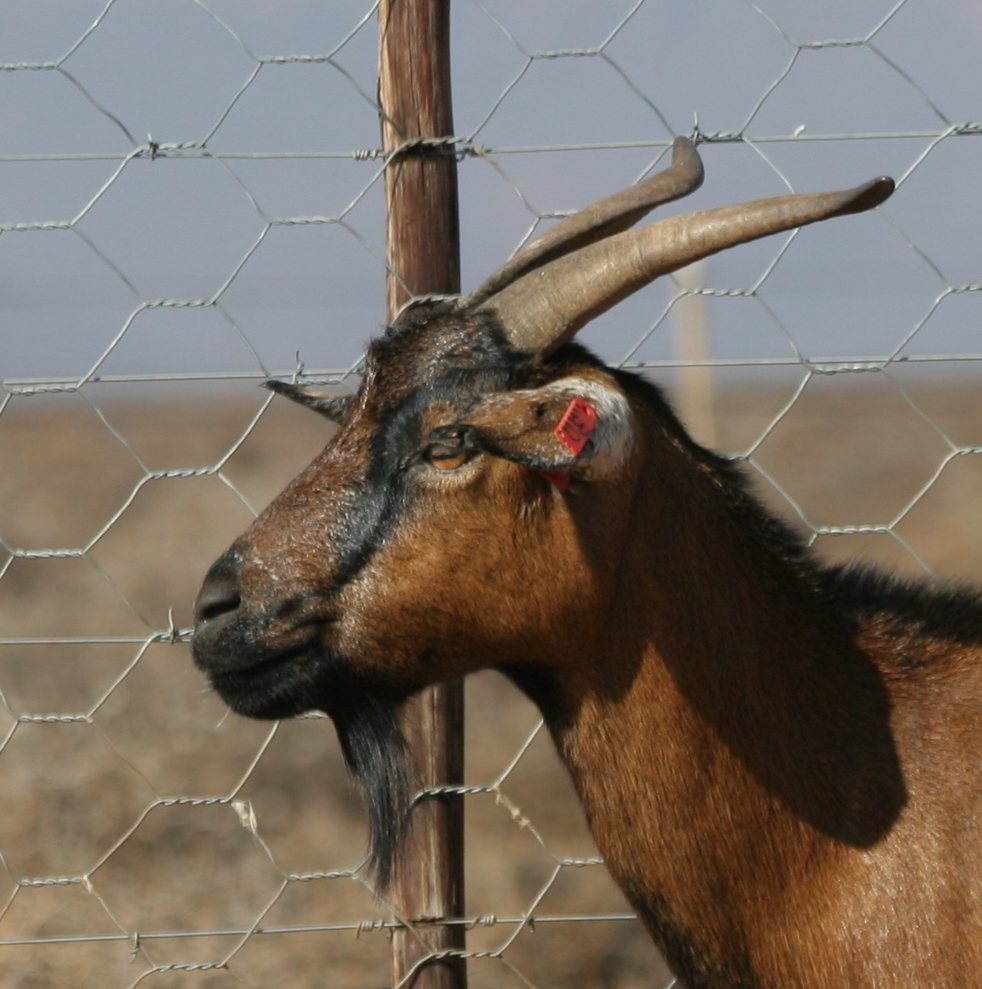 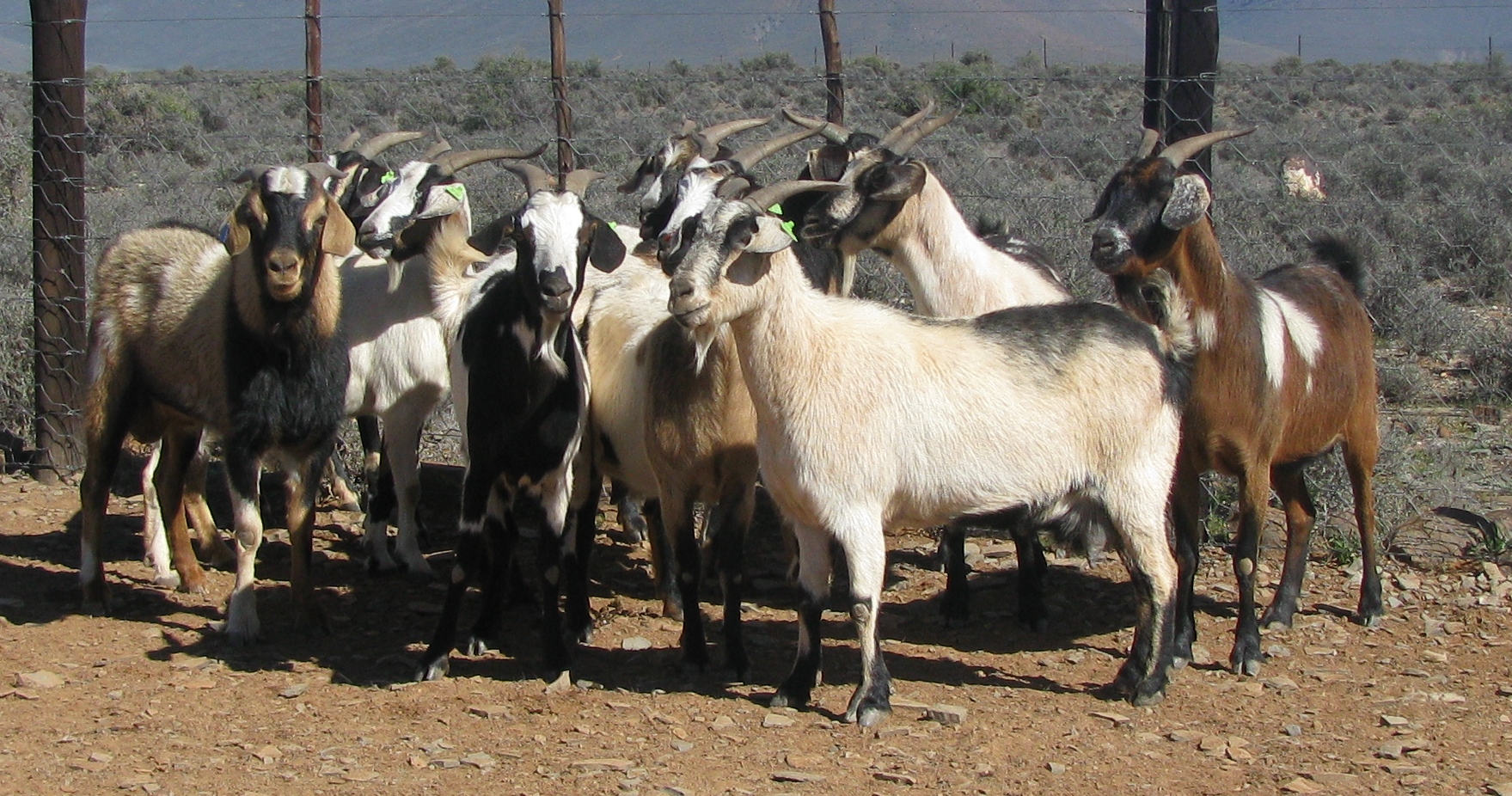 The Nguni type is probably the group that occurs more abundantly than the other distinct types of indigenous goats, in southern Africa.
They occur specifically in the higher rainfall area stretching from the Ciskei, Transkei, Kwa-Zulu Natal, Swaziland, Mpumalanga, Northern Province, Botswana, the Caprivi, and extreme northern, high rainfall area of Namibia.
With the closer investigation of these types of indigenous goats in the abovementioned areas, it is obvious that they belong to the same phenotype, with rather small geographic variations. 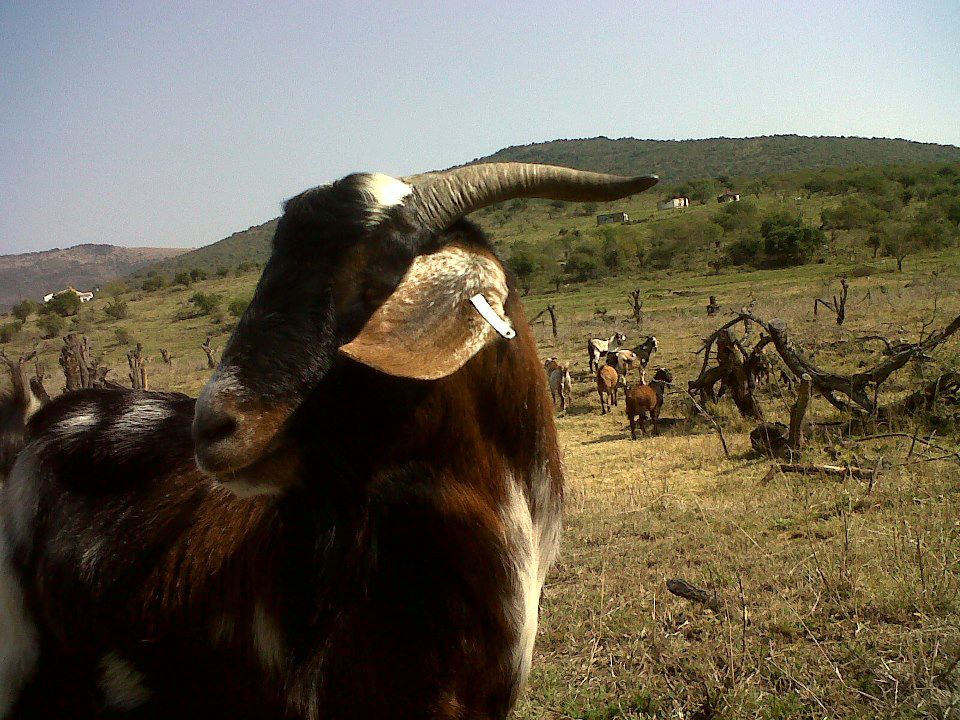 Head
The profile of the face tends to be flat or slightly concave (hollow),
although some males exhibit a slight roman nose.
The muzzle is predominantly dark pigmented. The shade of darkness may vary.
The ears are small to medium in size and have a lateral (sidelong and outwards) and slightly forward orientation, some are semi-droopy – first pointing lateral and then starts drooping.
Horns are present in both sexes. Naturally polled animals are sometimes found in the breed,
but are rare in most areas.
In females, the horns grow upwards and curve outwards, although many variations occur.
In males, the horns are more inclined to curve backwards and outwards
In females, the horns are short and lighter, and in males of medium length and heavier.
Toggles are present in a percentage of male and female animals.
Beards are rather general among this eco-type, present in both sexes; small in females and large in the case of males where it flows into the longer hair of the neck.

Middle Piece
The breed has a good length and depth of body.
The back tends to be slightly hollow.

Hind Quarters
The females and some of the males are not well-muscled.
In good quality males, the hindquarters are well-muscled on the inner and outer thighs.
The breed has a sloping rump.
The tail is short to medium, erect, with a thin base.

Legs & Hooves
Both sexes have strong but fine, and medium to long legs.
Hooves are predominantly dark in colour. Occasionally lighter colours and striped hooves occur.

Colour & Hair Covering
The Nguni goat is a multicoloured breed, with a wide variety of uniform colours, white, black, fawn, brown and red-brown, pied, dappled and speckled, and all combinations of these colours,
with a tendency towards swiss-markings in the face.

Most goats have a short, glossy hair coat, and some goats are inclined to grow cashmere in cold winters.
Individuals with longer hair on the lower body and hindquarters are sometimes found.

Male & Female Organs
In rams, the testes are of functional size and shape, equal in size and situated near the body.
The scrotum normally has no split and is not too long.

In females, the udders are normally well shaped and well developed, with more than enough milk for
twins and even triplets.
Poorly attached or droopy udders, cluster teats, and excessively thick bottle-shaped teats are undesirable, but luckily very rare among Nguni-goats. 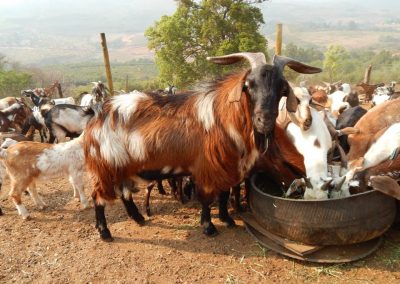 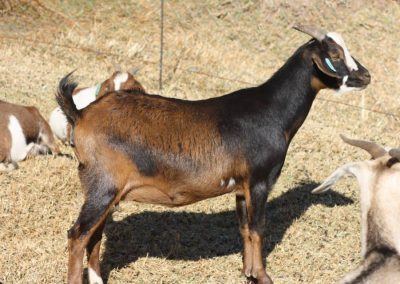 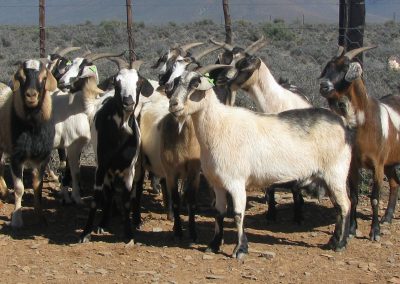 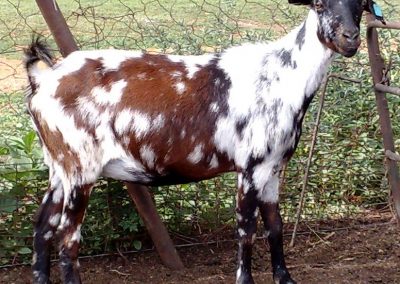 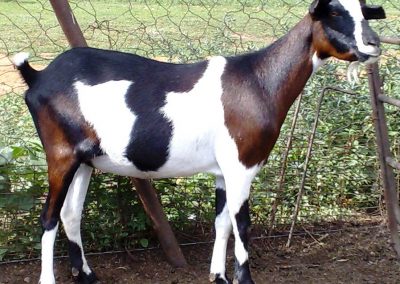 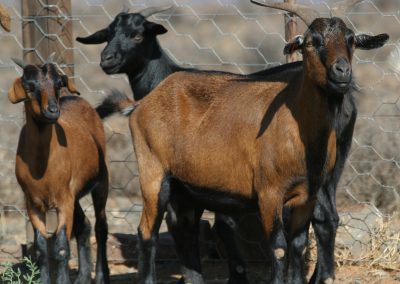 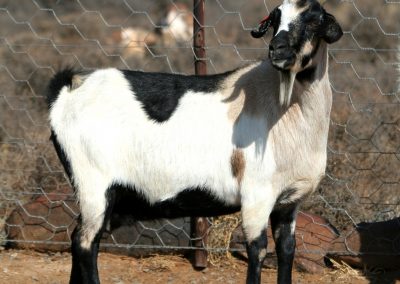 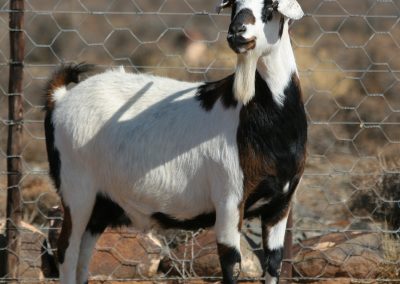 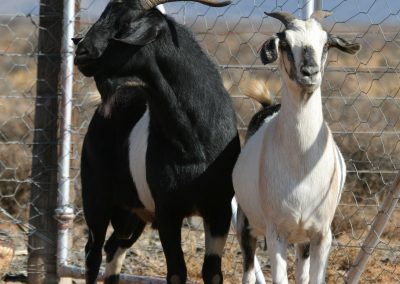 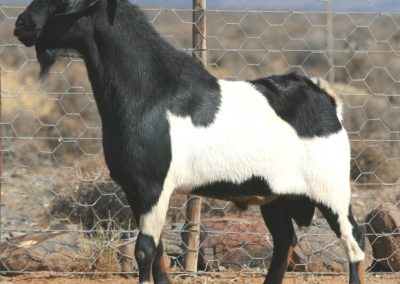 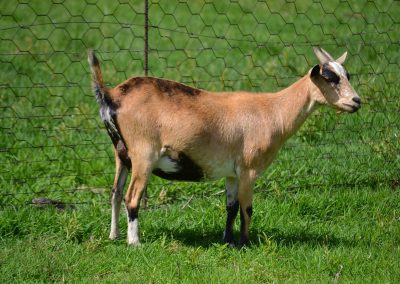