The Kaokoland goat can be described as a hardy, lanky, large framed breed with slender, finely boned legs, well adapted to the harsh climate of the Kunene Region.
They are excellent walkers, adapted to walking the long distances between water points or any available water. 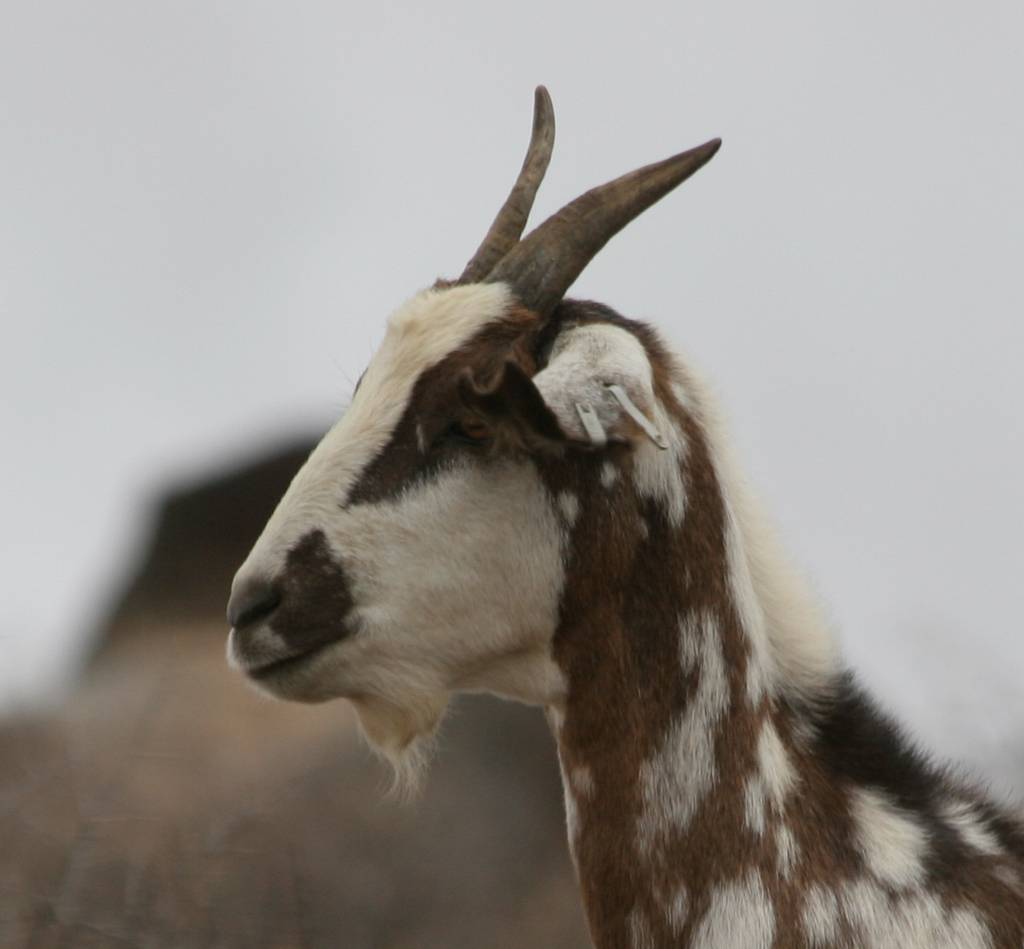 This breed is found in the North-Western Areas of Namibia, known as the Kunene Region. It is a very dry, mountainous area with low and very variable rainfall. The vegetation is Mopani-Savanna veld.
The Himba people live a semi-transhumance lifestyle, moving with their animals to where grazing is available. 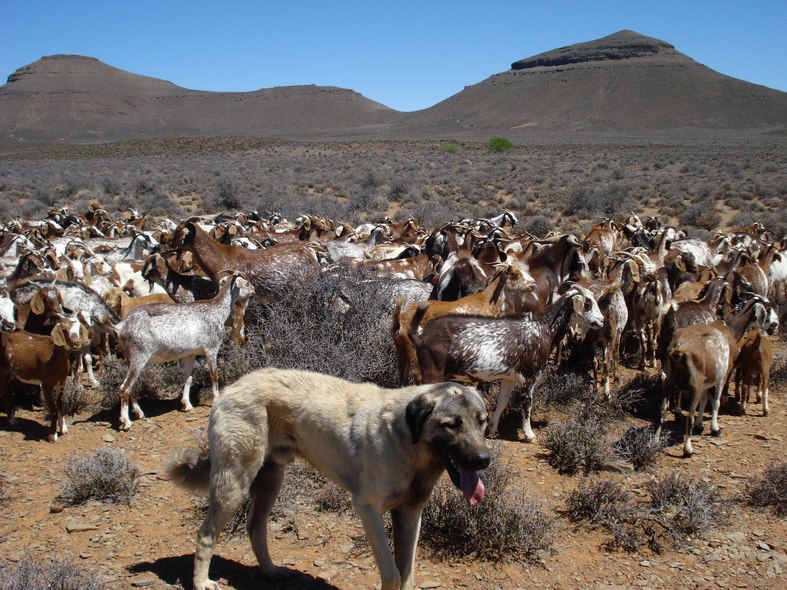 Head
These goats have long narrow faces with a flat to slightly convex profile.
The muzzles are pigmented with pigment ranging from light to dark. Speckled muzzles are also found.
The ears are large and droopy, similar to those of the Boer Goat.
Horns are present in both sexes. A very small percentage of the population are naturally polled animals.
The horns curve upwards and outwards and are medium to long in length.
The base of the horns is closely spaced.
Toggles are rare in both sexes.
Beards occur in both sexes. The occurrence is much lower in females than in males.
In females the beard is small, and in males, it may vary from small to large.

Middle Piece
The breed has a good length of the body, tending to lack in-depth, especially in the females.

Hind Quarters
The breed is not well-muscled. Males are generally better muscled than females.
The females tend to be narrow between the sit bones.
Kaokoland goats have a characteristically sloping rump.
The tail is of medium length, with a thin base, and may vary in colour.

Colour & Hair Covering:
The Kaokoland goat is a multi-coloured breed, with a wide variety of uniform colours, white, black, fawn, brown and red-brown, pied and all combinations of these colours, including speckled combinations.
The goats are sometimes covered with hair varying from short straight hair, to long straight hair, and long
slightly curly hair. Hair covering of the legs and lower body also varies, as mentioned above. 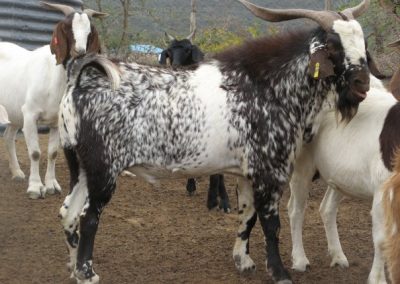 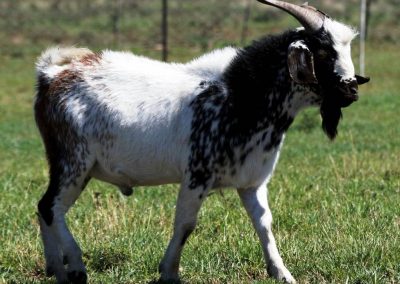 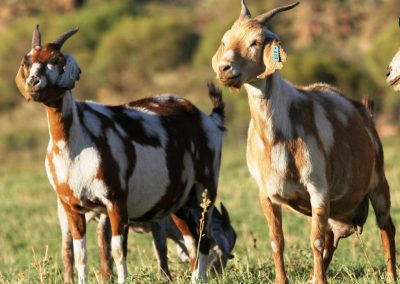 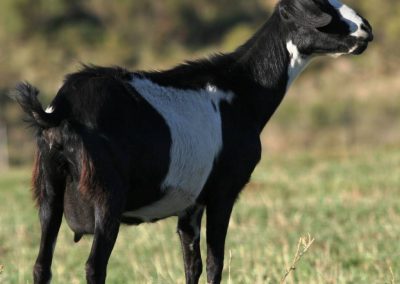 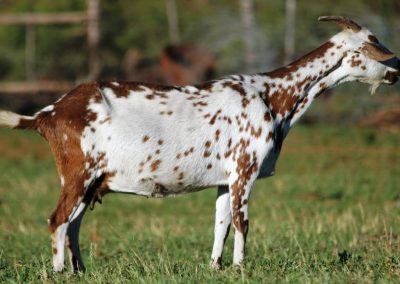 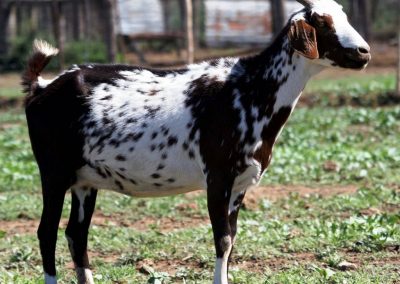 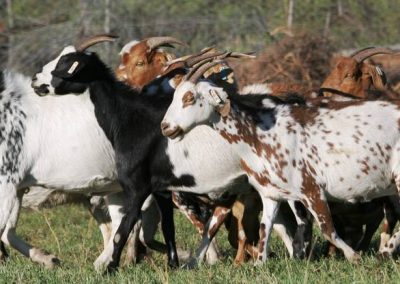 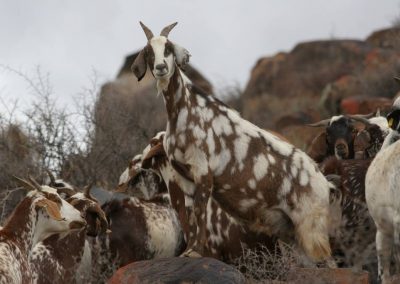 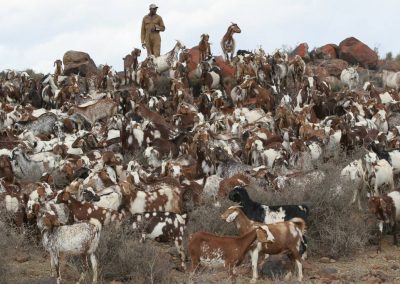